I enjoyed this week’s breakfast in a neighbourhood which translates a Windmill, which belongs to municipality of a Village of a Muslim Judge in a place called Mould or a Rot. Not really attractive, right? 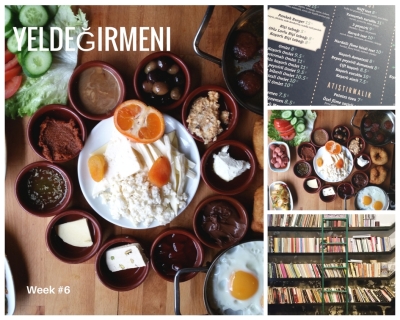 Well, don’t judge a book by its cover, or better said, don’t judge a breakfast place by its name! The breakfast at Küff, in a neighbourhood Yeldeğirmeni in Kadıköy was delicious! And I am not the only one who thinks like that, since the place was really croweded (on of the most crowded places in the area) on a rainy Sunday morning. (Well, if a breakfast at noon can still be considered a morning.)
Breakfast plate for two, or better said a breakfast table for two, offers everything you dream of when you think of a Turkish breakfast. An extra plus is a cup of olive oil with herbs and a slice of helva. (No pancakes though 😉 ) Even the sınırsız çay is served regularly, just like in one of those çay bahçesi.
Despite the crowd, the breafast is served quite fast and the price is reasonable. Indoor place of the Küff cafe is quite small, but their terrace is much bigger and even in winter nicely warm.
Address: Rasimpaşa Mahallesi, Karakolhane Cd. No:54, 34716 Kadıköy/İstanbul.

One thought on “Week #6: Don’t judge a breakfast place by its name” 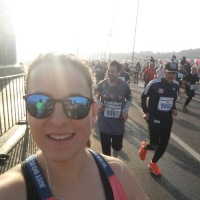